Office of the Chair 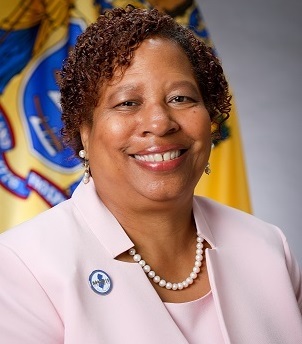 The Chairperson/Chief Executive Officer is a cabinet position appointed by the Governor and works with the Governor’s Office to communicate the Administration’s human resource polices and achievements. The person serves as chief advisor and decision maker on all matters related to civil service and to oversee internal and agency external operations. Functions of the Office of the Chair/CEO include: developing an effective communications strategy; responding to inquiries from Legislators, the media and the public; and ensuring the fair and equitable treatment of CSC employees through EEO/AA. The Chair/CEO also directs rulemaking and chairs the Civil Service Commission, a quasi-judicial body charged with rendering decisions on appeals related to civil service employment.

Deirdre Webster Cobb is the Chair/Chief Executive Officer of the New Jersey Civil Service Commission in Trenton, New Jersey. Drawing on more than 30 years of experience in the regulatory and administrative law fields, she provides knowledge of EEO and HR to benefit all stakeholders and customers. She has worked at several departments within the State of New Jersey including the Department of Labor and Workforce Development, the Department of Community Affairs and the Department of the Treasury, and started her career in state government as a Governor’s Fellow with the Department of Personnel, now the Civil Service Commission (CSC). In 2002, Chair Webster Cobb was hired at the Department of the Treasury as the Director of the Division of Contract Compliance and Equal Employment Opportunity in Public Contracts, and in addition served as a Special Assistant for Ethics Development. In 2011 she became the Equal Employment Opportunity/Affirmative Action Officer for the Office of EEO/AA and Diversity Programs with the Department of the Treasury, where she oversaw the enforcement of the NJ State Policy Prohibiting Discrimination in the Workplace and ensured compliance with Federal and State Anti-discrimination laws. Chair Webster Cobb also previously worked for D.C. government and the American Federation of State, County and Municipal Employees.

Chair Webster Cobb received her B.A. from Chatham College and her J. D. from the University of Pittsburgh School of Law. She holds an Equal Employment Opportunity Certification from Rutgers University and a Certified Public Manager designation from the State of New Jersey and Fairleigh Dickinson University. She resides in Westampton, New Jersey with her husband and daughter and attends Abundant Life Fellowship Church in Edgewater Park, New Jersey.

Joseph Greer is responsible for managing the day-to-day operations of the Civil Service Commission.  As the primary back-up to the Chair/CEO, he ensures the goals and objectives of the Civil Service Commission are met and follows through with the Governor’s Office to achieve the Chair/CEO’s mission.  In addition, he is responsible for executive oversight of the Division of Agency Services, OPRA, and the Office of Strategic Communications.

Responsible for managing administrative operations, Testing and Training for the Commission.

Senior Counsel and Legal Advisor to the Chair/CEO

Responsible for executive oversight to the Commission’s Divisions of Equal Employment Opportunity (EEO) and Diversity Programs, and Regulatory and Appeals (DARA).

Patricia Todd is the Senior Counsel and Legal Advisor to the Chair of the Civil Service Commission. As part of Chair/CEO’s executive leadership team, she provides broad legal and policy advice, leadership and guidance to the Chair/CEO and across agency units and serves as legal liaison to Governor’s Office. Mrs. Todd is responsible for executive oversight to the Commission’s Divisions of Equal Employment Opportunity (EEO) and Diversity Programs, and Regulatory and Appeals (DARA). She serves as EEO, Ethics and Compliance Officer for the agency. Patricia provides employee relations consultation and executive coaching to State executives and CSC employees, as well as training to State Departments and agencies in the value of coaching in government and coaching skills for managers.

Randy Belin is the Civil Service Commission’s Legislative Liaison and the Custodian of Government Records for the Commission, responsible for Open Public Records Act (OPRA) requests.