With the growth of the US industrial economy in the late Nineteenth and early Twentieth Centuries, the Progressive political movement made several inroads in overcoming the combination of a governmental appointment spoils system and a government that was not ready to solve the specialized problems of the day. Against many obstacles, this Progressive movement helped New Jersey to become the sixth state in the union to establish a Civil Service Commission in 1908. From the very beginning, the Civil Service law mandated that appointments to and promotions in the civil service of this State, and…from the time of its adoption by any municipality of this State…shall be made only according to merit and fitness to be ascertained, as far as practicable, by examinations, which as far as practicable shall be competitive.

Many changes in structure and authority have occurred over the decades since 1908. For instance, before 1917 classification was based on the individual the agency wanted to hire instead of the duties and responsibilities of the position. In 1918, the Civil Service Commission adopted plans to reclassify positions and to standardize compensation rates, which had the effect of reducing an enormous number of titles and variations in pay rates.

A new law became effective April 18, 1930 which made an important step in the development of the proper regulation and control of the Civil Service of the State. The 1908 Law as amended over the years was extremely difficult to interpret and administer. The 1930 Law brought its provisions together into one comprehensive act, modified and supplemented to include contemporary principles of personnel management. The new law placed new responsibilities and extensive duties upon the Commission. Among other provisions, it provided for the regulation and control of the working time of all employees in the State classified service, including annual vacation, sick, military and other leaves.

As the State has acquired more responsibilities and more employees, the civil service system has expanded to meet these needs. Many improvements in the selection system have been developed and implemented. Innovative programs, such as the Employee Advisory Service and the Suggestion Award Program. The Division of Equal Employment Opportunity and Affirmative Action (EEO/AA) was established in 1977 by Executive Order and then was statutorily established in 1981.

In the 1970s, several studies were undertaken to strive to improve the civil service system including a Governor’s Task Force study, a Legislative Office of Fiscal Affairs study, and a federally funded study by the consultant Carl Lutz, who proposed a new Civil Service law. Several attempts were made to implement these proposals, but not until 1986 was a successful revision made to the Civil Service law. The revision did not include the elimination of absolute veterans’ preference, which several of the studies recommended.

Under the 1986 law, the Commissioner of Personnel was allowed to delegate certain personnel functions to appointing authorities and was permitted to consolidate personnel functions for efficiency and economy. The law provided for the establishment of a Senior Executive Service, advisory boards, one-year pilot programs outside the provisions of existing law and rules, mandated performance reviews, flexibility in pay structure and in the duration of employment lists, promotions from noncompetitive to competitive career (formerly known as ‘classified’) positions, the adoption of rules that reduce the extent of bumping in layoffs, and voluntary alternatives to layoffs. The “rule of three” was retained, but without several cumbersome tie-breaking mechanisms. Although employees were still be given opportunity for a hearing by the appointing authority before major disciplinary action was taken, prior hearing was not required if the employee’s conduct posed a threat to the public or other employees or if the employee was facing criminal charges. The preference to disabled veterans and veterans was continued without changes.

On June 30, 2008, the law was revised by Chapter 29 of the Laws of 2008. The Department of Personnel was abolished as a principal executive department.  It was replaced by the Civil Service Commission, which is in, but independent of any supervision or control by the Department of Labor and Workforce Development.

The rulemaking and quasi-judicial functions of the Merit System Board are retained by the bipartisan Civil Service Commission, comprised of five members for staggered terms of four years, with the Chairperson of the Commission serving as the Chief Executive Officer and Administrator of the agency. 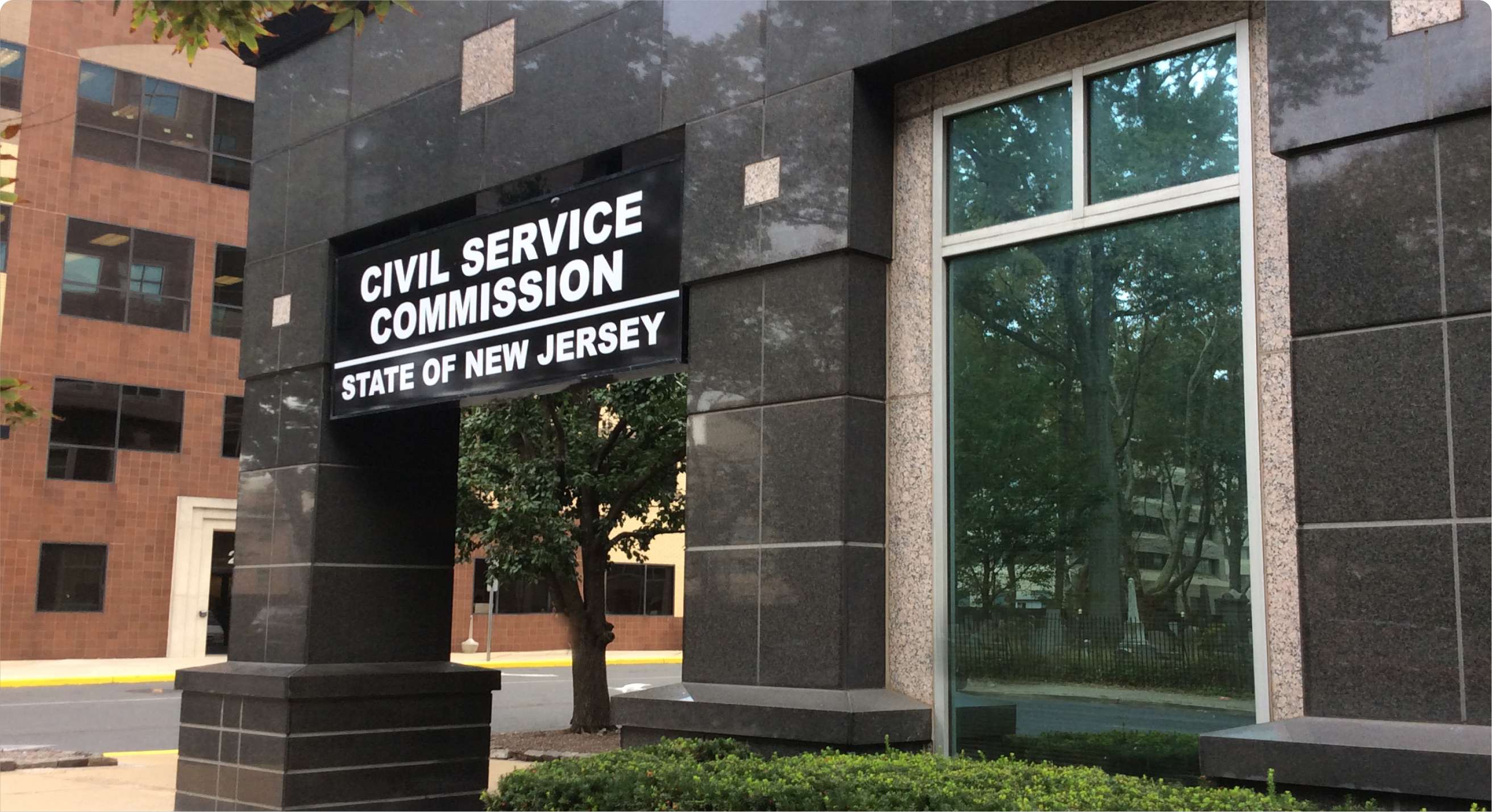