“It is imperative for New Jersey’s 565 municipalities to collaboratively pursue shared services so they can operate more efficiently and ensure better delivery of services for our residents,” said Governor Phil Murphy.  “Today, I’m bringing two former mayors together – Nicolas Platt and Jordan Glatt, a Republican and a Democrat, to lead our shared services effort. Both are outstanding individuals with extensive business experience and who have a critically important insider’s view on how our municipalities and counties can successfully share services while reining in costs for our overburdened taxpayers.”

Governor Murphy has put an emphasis on addressing New Jersey’s high property taxes with a special focus on encouraging municipalities to share services to reduce costs. The shared services agreements reported to the Department of Community Affairs (DCA) since 2011, have resulted in cumulative savings totaling more than $28 million.

“I’m thrilled to be working to help solve what is one of our state’s major problems – the individual property tax burden,” said Jordan Glatt.

“This is a bipartisan issue. However, each town is unique and no one knows better how to find savings than the local elected official. Far be it for Mayor Glatt or me to make any decisions on how to do that,” commented Nicolas Platt. “What the Governor has promised is this: He will put the full power of his office behind helping a municipality provide essential services at a lower cost. We are here to facilitate that."

Jordan Glatt is Director of Strategic Partnerships at the Community Foundation of New Jersey (CFNJ) where he works with corporations, entrepreneurs, and families to design charitable vehicles that deliver impact in New Jersey communities. Mr. Glatt is a former two-term Mayor of Summit and served as an at-large councilman in the town. As Mayor, he worked with the towns in his immediate neighborhood to cut costs to his taxpayers while maintaining a high level of essential services.

Prior to joining CFNJ, Mr. Glatt was Chief Marketing Officer of Free All Media, a social media start-up, and served on its Board of Directors.  Prior to that, he was president and CEO of Magla Products, a $90 million, nationally recognized household consumer products company. He serves on the Wofford College Board of Trustees and was previously a member of the New Jersey Economic Growth Council, the vice chairman of the New Jersey Gaming and Horse Racing Commission, and chairman of the New Jersey Young Presidents Organization.

Mr. Glatt is a graduate of Drew University where he was also a trustee. 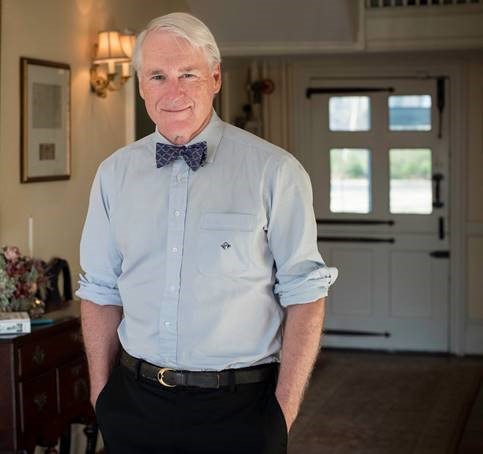 Nicolas Platt is a former Mayor of Harding Township and currently serves on the Township Committee, a position he has held since 2009. Over those years he and his elected colleagues provided a more efficient delivery of services through shared service agreements that saved the town hundreds of thousands of dollars annually.  The Township took a key leadership role in forming a 5 Town Joint Municipal Court, which is among the most effective in the State of New Jersey, demonstrating extraordinary savings and superior performance. Those towns include Madison, Chatham Township, Chatham Borough, Morris Township and Harding.

Mr. Platt has more than 30-years multi-national and international expertise in securities market regulations, investor relations, corporate and financial communications, public relations and business consulting. Currently, he is President of the Hartley Dodge Foundation, and was recently named to the Board of the Eisenhower Foundation based in Abilene, Kansas. In addition, he is Chairman of the Great Swamp Watershed Association, reflecting his commitment to protect the more than 7,500-acre Great Swamp National Wildlife Refuge. Platt also sits on the public board of GAMCO Fund Advisors, a NYSE listed company. He is also a member of the NYSE Alternext LLC US Committee of Securities Listing Qualifications Panel.

Platt received his M.A. in economics from Columbia University and earned his B.A. from Skidmore College.

Interested municipalities that want to find out more about how shared services opportunities can reduce costs for their communities, may reach out to Nicolas Platt and Jordan Glatt at sharedservices@nj.gov