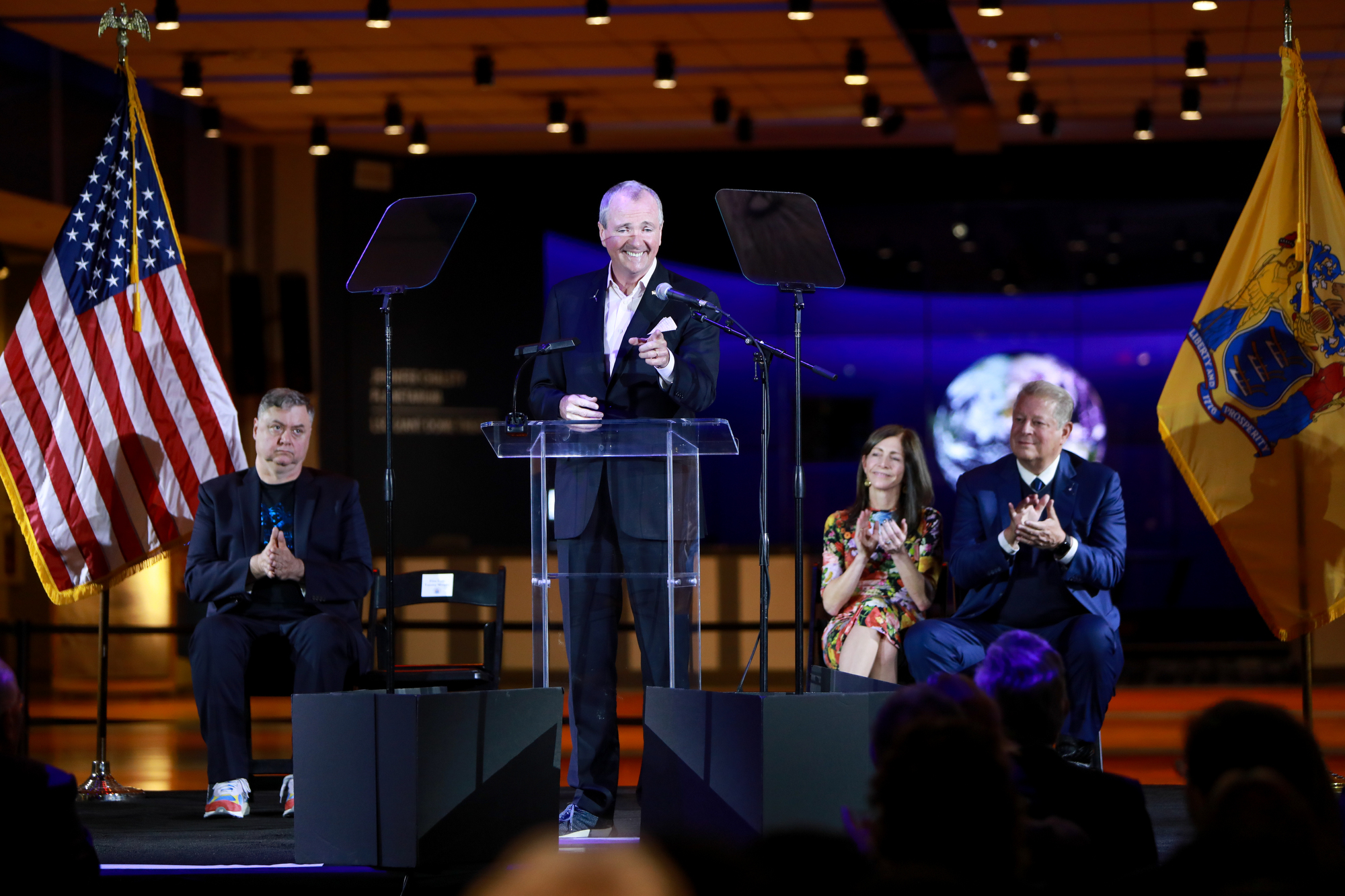 Governor Phil Murphy, alongside First Lady Tammy Murphy and former Vice President Al Gore at the Liberty Science Center, signed Executive Order No. 92, raising New Jersey’s offshore wind goal from 3,500 megawatts of offshore wind-generated electricity by 2030 to 7,500 megawatts by 2035. The Executive Order, which more than doubles New Jersey’s offshore wind goal, will deliver the clean, renewable energy generation needed to meet the State’s goals of 50 percent renewable energy by 2030 and a 100 percent clean energy economy by 2050, as well as create thousands of jobs. New Jersey is committed to pursuing responsible offshore wind development with the full involvement of key stakeholders, including the commercial and recreational fishing industries.

“There is no other renewable energy resource that provides us with either the electric-generation or economic-growth potential of offshore wind,” said Governor Murphy. “When we reach our goal of 7,500 megawatts, New Jersey’s offshore wind infrastructure will generate electricity to power more than 3.2 million homes and meet fifty percent of our state’s electric power need. Our offshore wind industry will generate billions of dollars in investments in New Jersey’s future, that will, in turn, create thousands of jobs. We have an immense opportunity to maximize our potential and make this region – and, specifically New Jersey – the nexus of the global offshore wind industry.”

“From rising sea-levels to climbing temperatures, we are beginning to experience the devastating impacts of climate change here in New Jersey,” said First Lady Tammy Murphy. “By significantly expanding our offshore wind goals, we will make our state more resilient against the effects of climate change and protect our environment for future generations. Today’s Executive Order signals a critical step forward in developing our renewable energy infrastructure and reaching a 100 percent clean energy economy by 2050.”

“As our federal government abdicates its responsibility to confront the climate crisis, our transition to a clean energy future is being led by states like New Jersey, and by leaders like my friend Governor Phil Murphy,” said Vice President Al Gore. “Today’s announcement couldn’t be more timely and more needed, as climate-related extreme weather events continue to wreak havoc on our communities. With this executive order, Governor Murphy is unleashing the unprecedented economic and job creating opportunities of clean, wind energy.”

Governor Phil Murphy and officials from the New Jersey Department of Environmental Protection  announced more than $13 million in funding to local communities and a new initiative to reduce and prevent future harmful algal blooms in New Jersey. The new initiative, which was announced at a meeting with Congresswoman Mikie Sherrill, Congressmen Josh Gottheimer and Tom Malinowski, and local officials, is intended to address the increased occurrence of harmful algal blooms statewide through an enhanced program of science-based prevention, mitigation, study, and response. The initiative will leverage both state and federal funds, including those available through the Clean Water State Revolving Fund to offer principal forgiveness to offset infrastructure upgrades necessary to reduce the discharge of nutrient-laden runoff into waterbodies, one of the primary causes of harmful algal blooms.

The governor held a briefing for about 30 elected officials to outline the proposed plan, after which mayors from Trenton, Paterson, and Atlantic City stood with the governor to lend their support.

“Our proposal represents the next generation of tax incentives, which will usher in a new era of economic prosperity in New Jersey and enable us to reclaim our rightful place atop the innovation economy,” said Governor Murphy. “In addition to providing for robust job growth, our proposal will ensure every dollar spent on these programs is accounted for and every company that receives an award is vetted and has certified that information in the application is true.”

Governor Phil Murphy announced recommendations from the Transgender Equality Task Force, which was created when he signed Senate Bill No. 705 into law in July 2018. The bill, which was sponsored by Senator Teresa M. Ruiz and Assemblywoman Valerie Vainieri Huttle, created a 17-member task force to prepare a report providing recommendations for advancing transgender equality in New Jersey. Aaron Potenza, a representative for Garden State Equality on the task force and currently Policy and Program Manager at the New Jersey Coalition Against Sexual Assault, served as chair. The task force consisted of individuals both inside and outside of government.

“As our LGBTQ community faces threats from the Trump Administration, New Jersey will continue to be on the front lines to protect the rights of all New Jerseyans,” said Governor Murphy. “This report is a testament to our unwavering commitment and belief that every resident deserves equal protection, regardless of gender identity.” 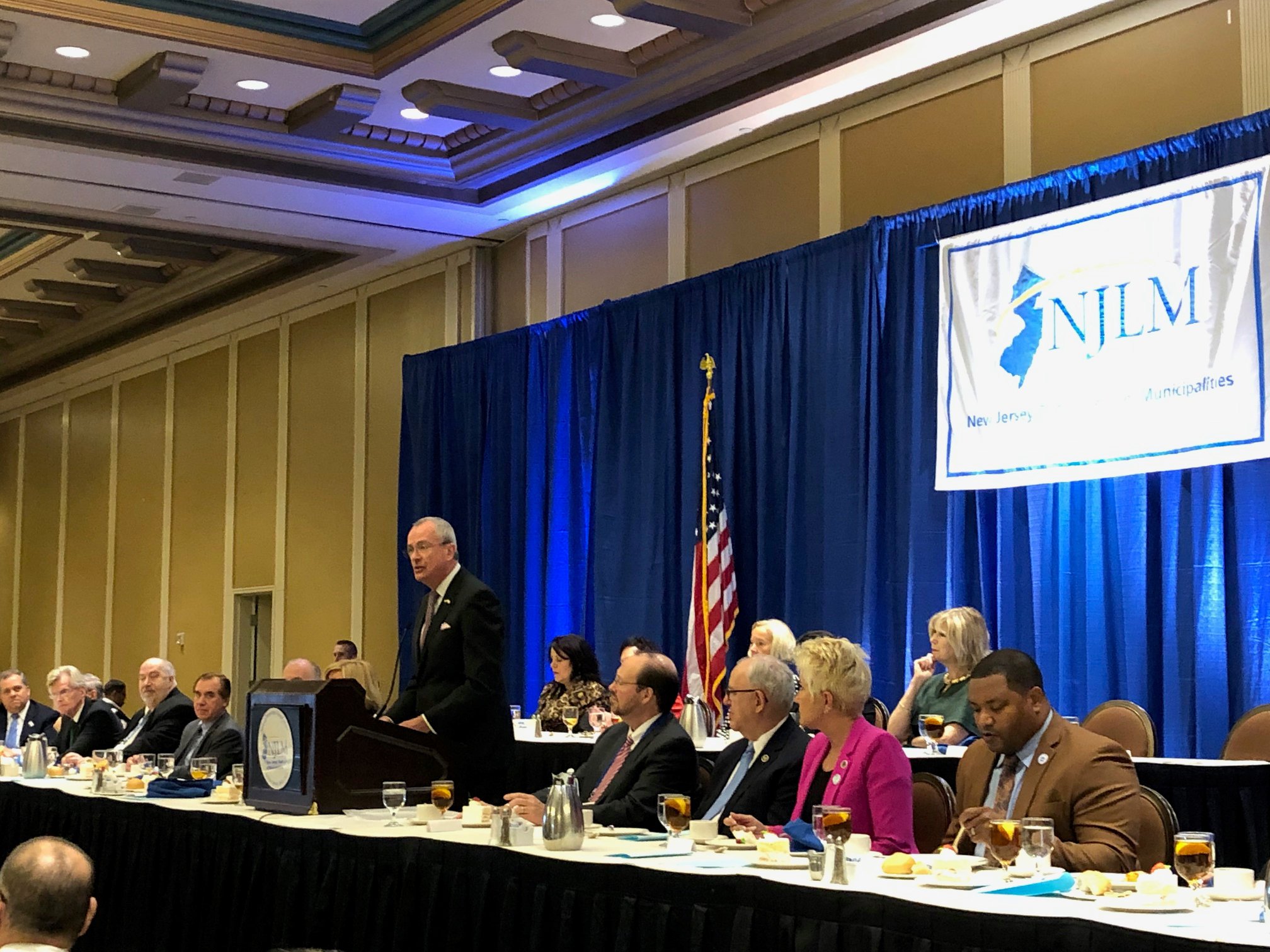