With COVID-19 numbers trending decisively in the right direction and New Jersey progressing toward its adult-age vaccination goals, Governor Murphy announced an additional easing of restrictions, including a removal of all percentage capacity limits for indoor and outdoor businesses, a lifting of the prohibition on indoor bar seating, and an end to the outdoor gathering limit.

“With our COVID-19 numbers, particularly hospitalizations, trending decisively in the right direction and our vaccination goals within reach, now is the time to take major steps to reopen our economy and loosen both indoor and outdoor gathering and capacity restrictions,” said Governor Murphy. “We’ve done this the right way, in partnership with our neighboring states of New York and Connecticut, and by allowing data, science, and public health to guide our decision-making. Over these next few weeks, I encourage all remaining eligible New Jerseyans to get vaccinated so we can continue fighting back against this virus and move toward a ‘new normal’ for ourselves, our neighbors, and our loved ones.” 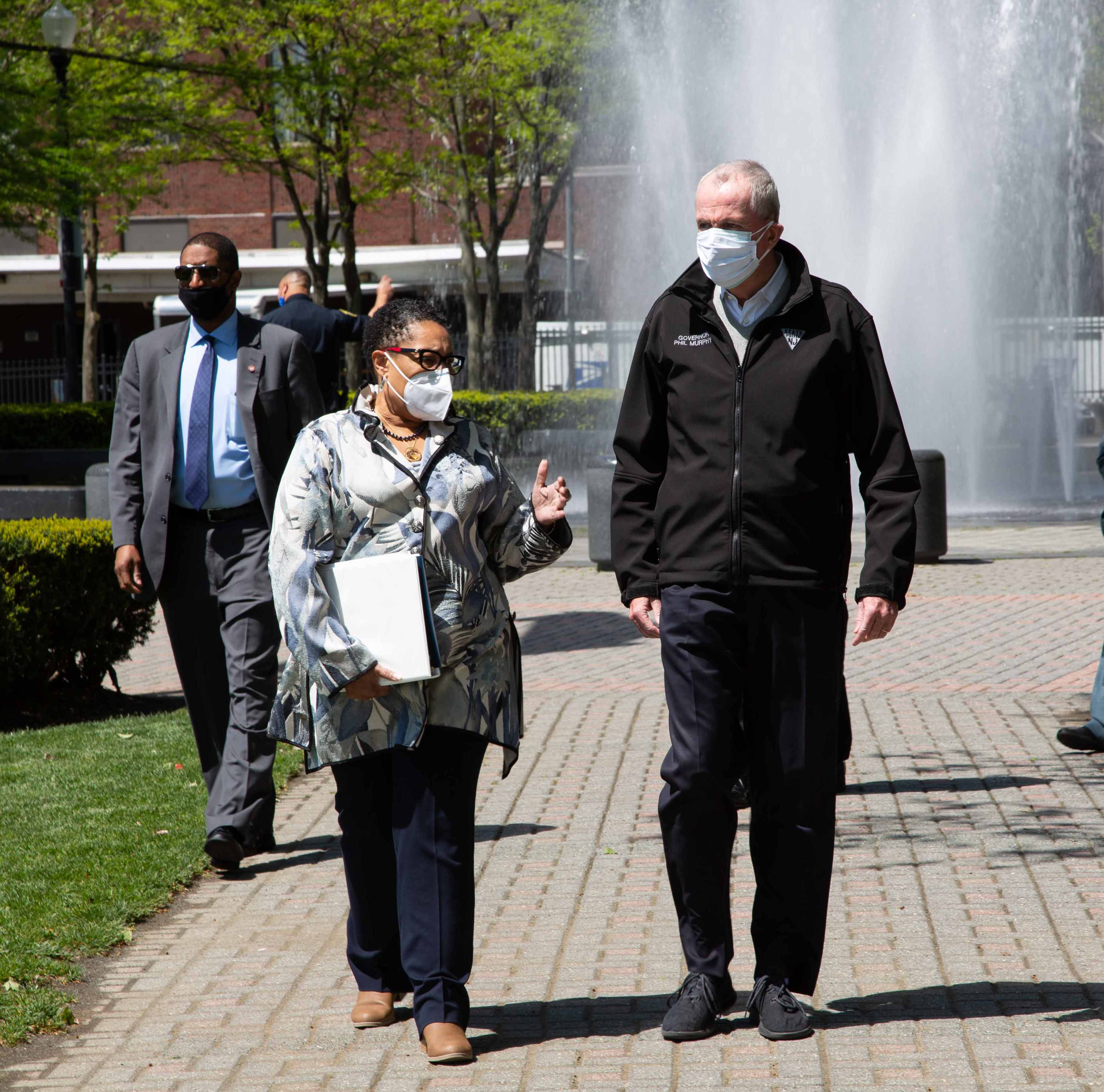 “Our partnership with both the federal and local government to build a stronger and more resilient future for New Jersey’s waterfront communities is transformational,” said Governor Murphy. “The comprehensive and innovative Rebuild by Design infrastructure project will mitigate the range of weaknesses along the Hudson River exposed by Superstorm Sandy and provide a suite of innovative solutions to address sea-level rise. Smart, future-focused infrastructure that will make our communities more resilient from the adverse effects of climate change, while creating good-paying jobs, is the future of American infrastructure.”

“Superstorm Sandy devastated communities throughout the tri-state region,” said Housing and Urban Development Secretary Marcia L. Fudge. “We needed bold action to rebuild and prevent damage from future natural disasters. I am proud to join Governor Murphy in this groundbreaking, made possible by a partnership between local, state, and federal government. This site is an example of the powerful promise of investing in our infrastructure to ensure more resilient and prosperous communities for generations to come.” 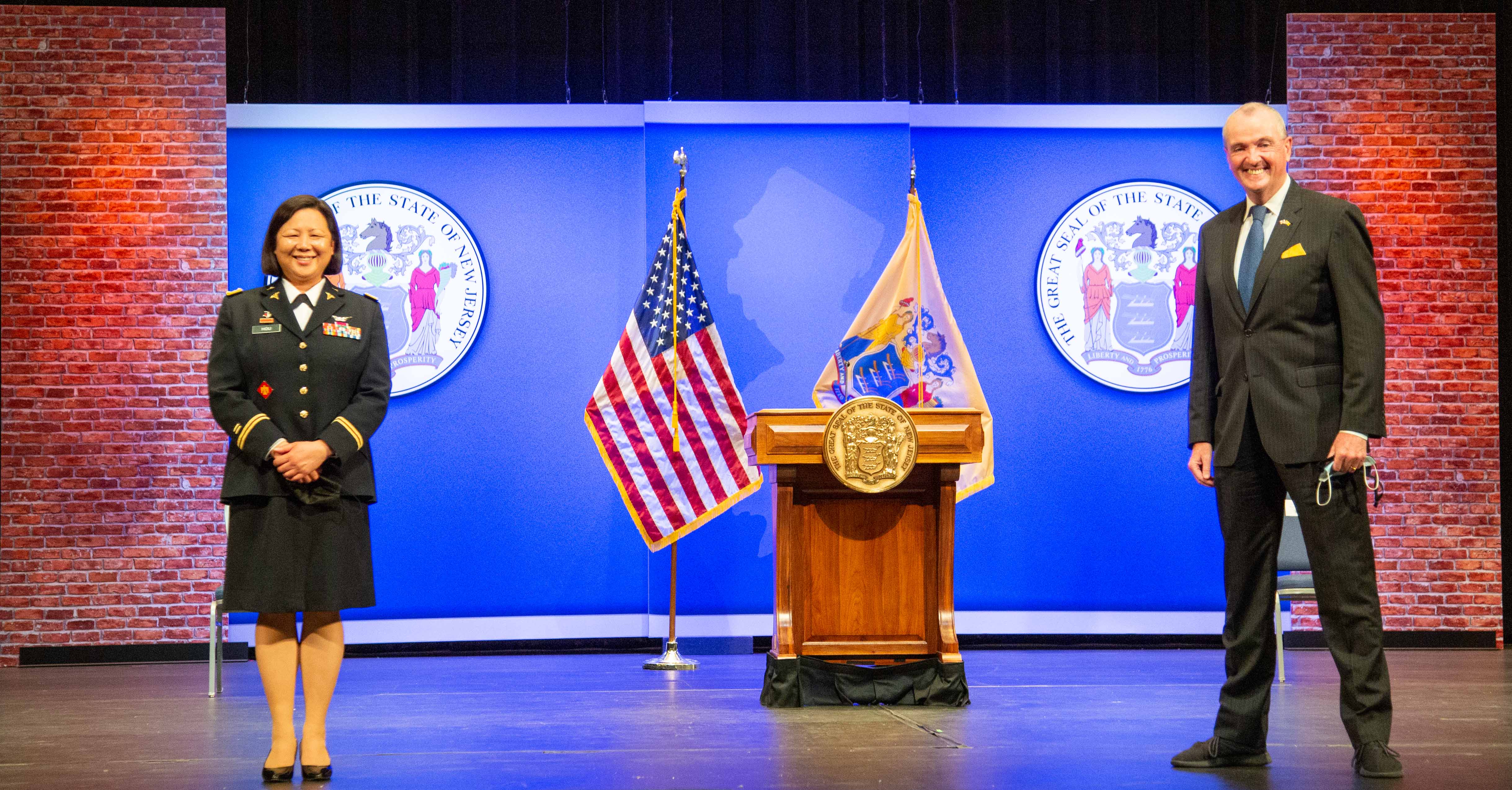 Governor Phil Murphy announced his nomination of Colonel Dr. Lisa Hou as Adjutant General and Commissioner of the New Jersey Department of Military and Veterans Affairs (DMAVA). Colonel Hou will be the first Asian American and first female Adjutant General in the state’s history.

“Colonel Hou took the reins of the New Jersey National Guard and the Department of Military and Veterans Affairs in the midst of this once-in-a-lifetime pandemic,” said Governor Murphy. “Since day one, she has demonstrated that she is the right person for the job, from overseeing the deployment of our National Guard to our vaccination sites, to taking immediate action to keep our veterans safe, to sending National Guard members to our nation’s capital to defend our democracy. I know that Colonel Hou will bring the same dedication to this job as she has exhibited throughout her entire career, including her tours of duty in Iraq and Afghanistan.” 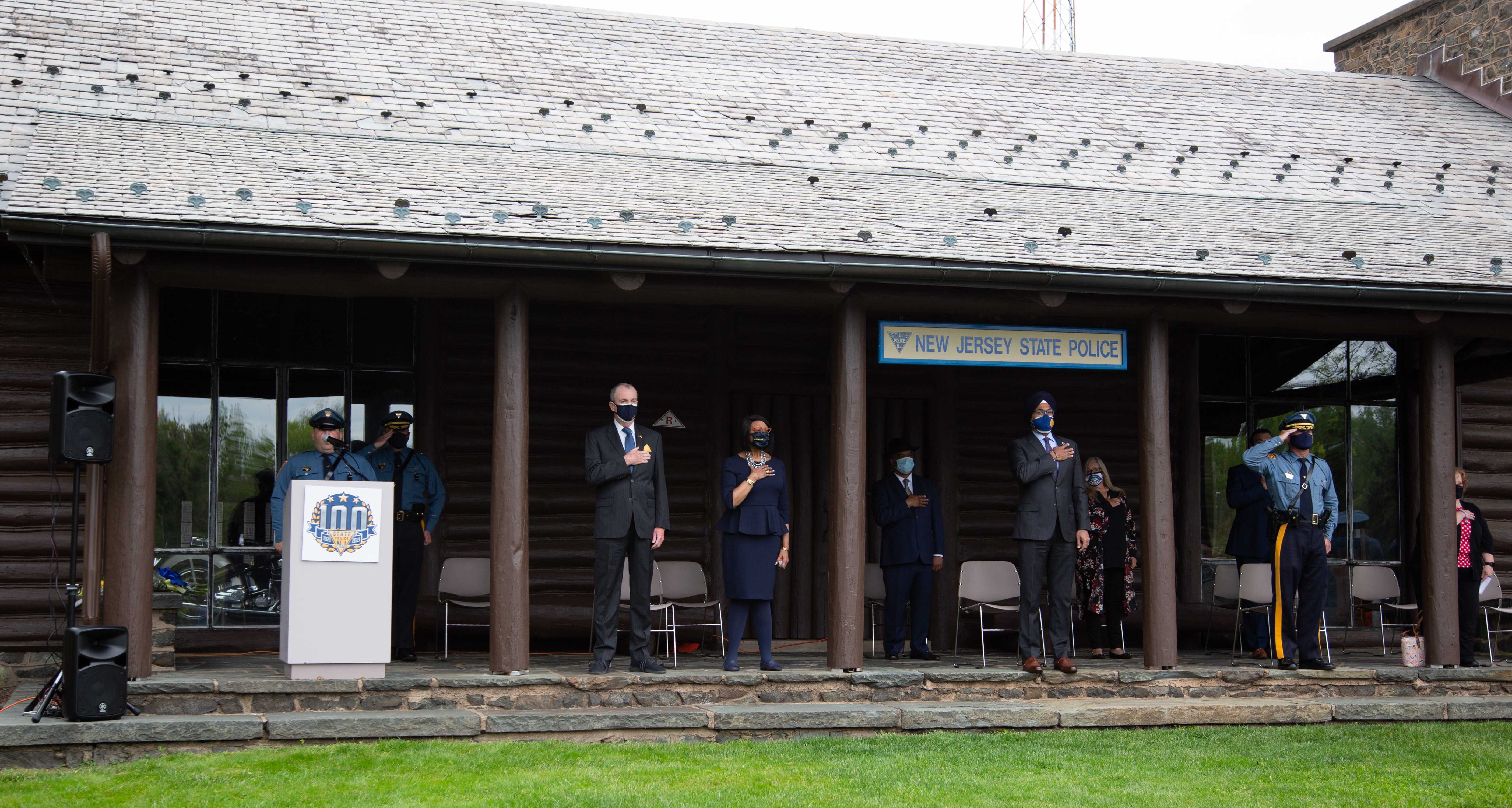 “I am proud to sign this legislation and support survivors of the Troopers who served valiantly in the ruins of the World Trade Center,” said Governor Murphy. “This September we will mark 20 years since 9/11, but for many who faced illness or loss stemming from that fateful day, the wounds are still fresh. We must never forget their heroic sacrifice and must continue to assist the families that Troopers, including Sargent McCoy and Trooper Nagle, left behind.”

Building on his Computer Science for All initiative, Governor Phil Murphy announced that three universities will receive grants from the New Jersey Department of Education (DOE) to create computer science learning hubs throughout the state.

“New Jersey is committed to ensuring our students have access to a high-quality education in computer science that will open up doors for them in the future,” said Governor Phil Murphy. “The learning hubs will provide opportunities for educators to be on the forefront of computer science education, and to share that knowledge to students in the classroom. These efforts will contribute to the academic growth of our students and the economic growth of our State.”