COVID-19 is still active.   Wear a mask.  Social distance.  Stay up to date on vaccine information. 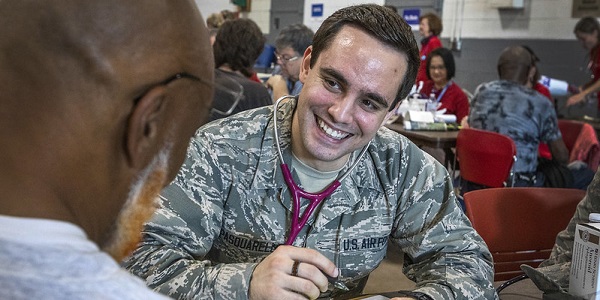 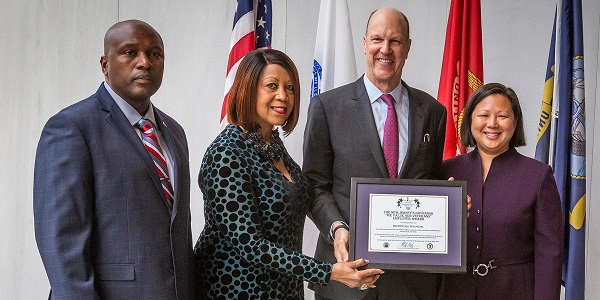 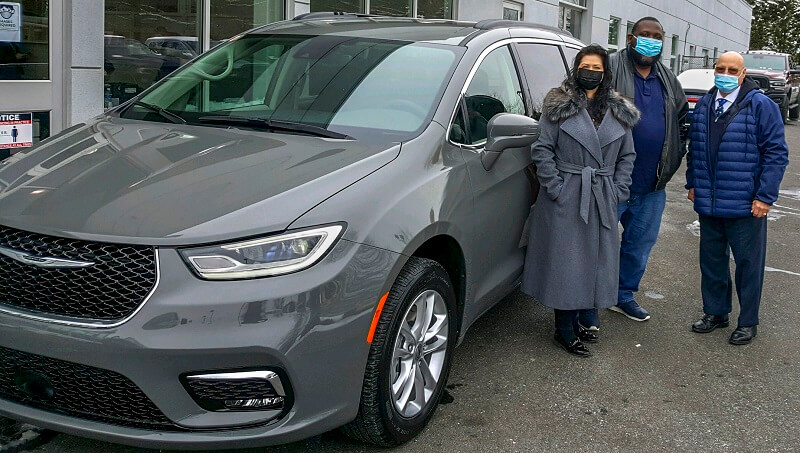 New Jersey American Legion State Commander Robert Newell, right, presents a 2021 Chrysler Pacifica AWD van to Cheryl Bade, left, and Shawn Hopkins, both with the New Jersey Department of Military and Veterans Affairs, at Turnersville, N.J., Feb. 13. The van, which is part of Newell’s Department Project, will provide Veterans Haven North resident transportation to appointments, train stations, bus stops, and shopping. The project, which has raised more than $117,000 for the three New Jersey State Veterans Homes, as well as Veterans Haven North and Veterans Haven South; has been a joint effort with the New Jersey American Legion Auxiliary, the Sons of The American Legion, and also private donations from individuals and corporations. 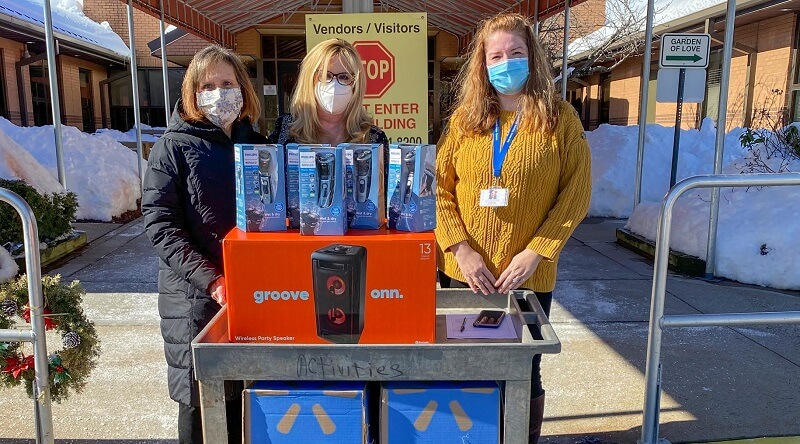 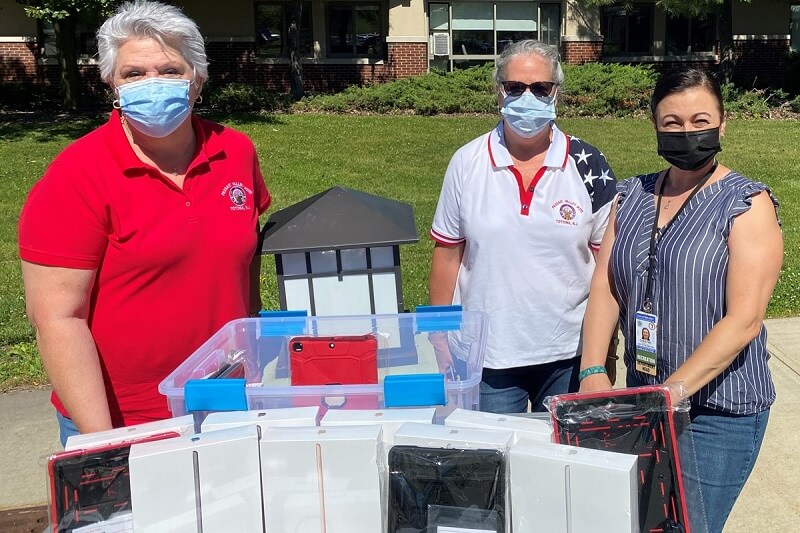 On June 18, 2020, the Passaic Valley Elks presented Christine Caratozzolo, Recreation Supervisor, Menlo Park Veterans Memorial Home with 8 iPads, cases and headphones included. This most generous donation will allow the Recreation staff to connect more families with their loved ones through video chats each day. 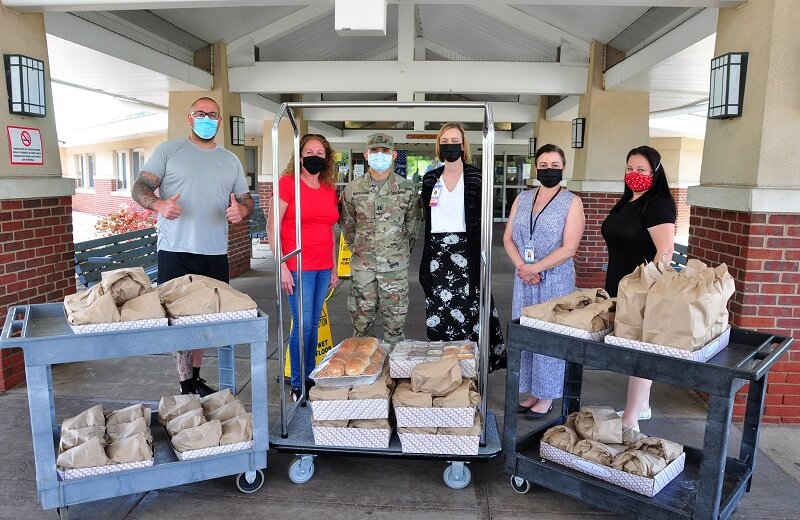 The New Jersey Veterans Memorial Home at Menlo Park in Edison, N.J., received a donation of pasta, salad and bread from the Front Line Appreciation Group (FLAG) of South Plainfield, N.J., May 27, 2020. On the same day the Home received bagels donated by American Legion Post 471. 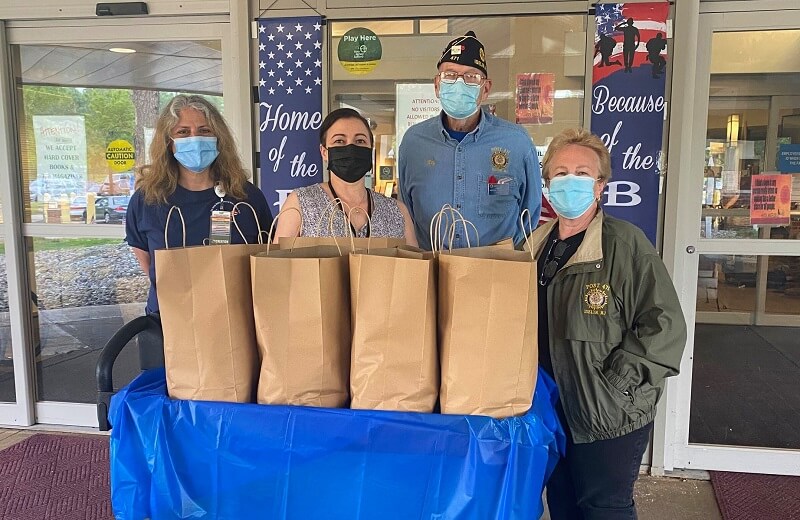 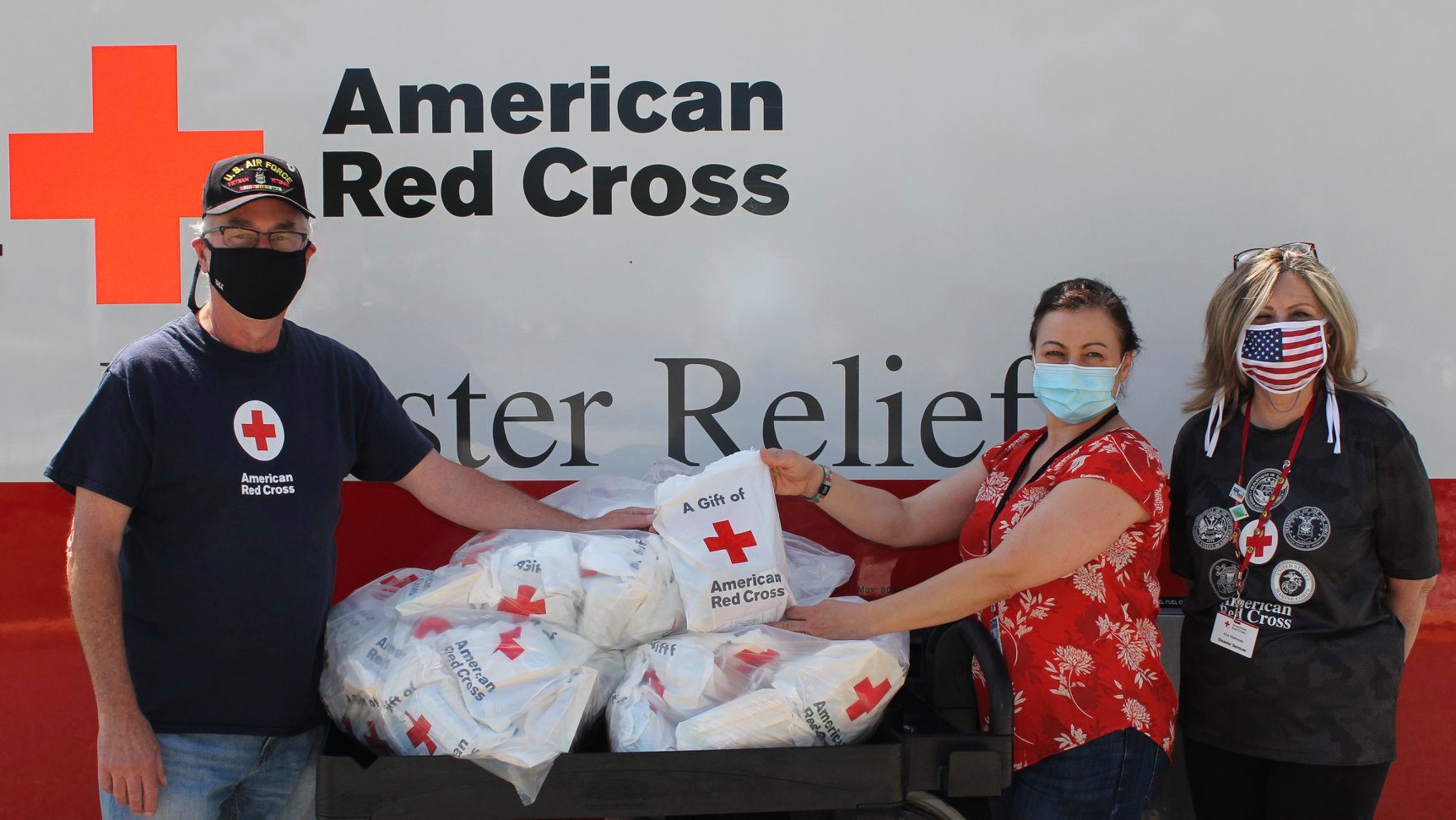 Allie Matthews and Frank Ott from the New Jersey Region of the American Red Cross present Snack Bag Care Packages for the residents at New Jersey Veterans Memorial Home at Menlo Park, Edison, N.J., to Christine Caratozzolo, the Home’s Recreation Supervisor May 21, 2020. 67 New Jersey National Guard Soldiers and Airmen are assisting the Home’s staff, in caring for the residents during the COVID-19 crisis. More than 900 Citizen-Soldiers and Airmen are assisting the citizens of New Jersey in the fight against COVID-19. 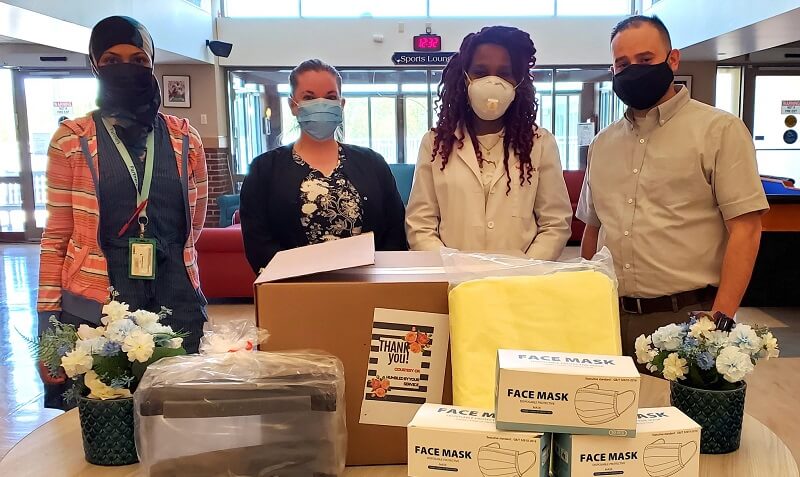 Hugh C. Welsh, second from right, poses for a group photo with the management staff of the New Jersey Veterans Memorial Home at Menlo Park, in Edison, N.J, May 8, 2020. Welsh, President of DSM North America, donated more than 1,100 N95 masks, 800 single-use/disposable masks, and dozens of vitamin juice drink mix packets to the Home, which is run by the New Jersey Department of Military and Veterans Affairs. 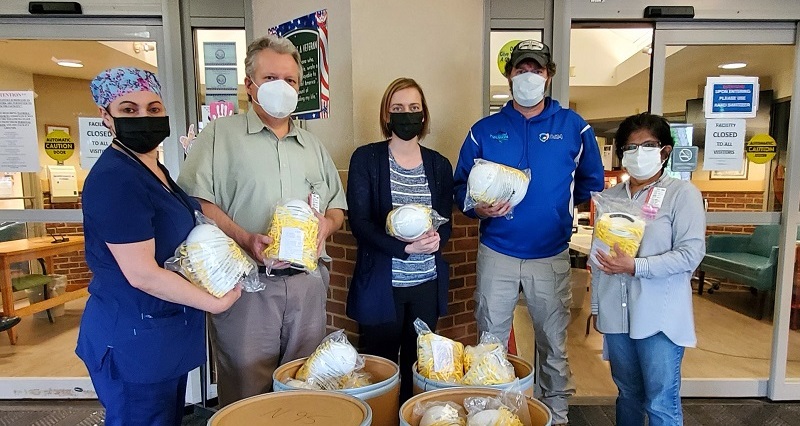 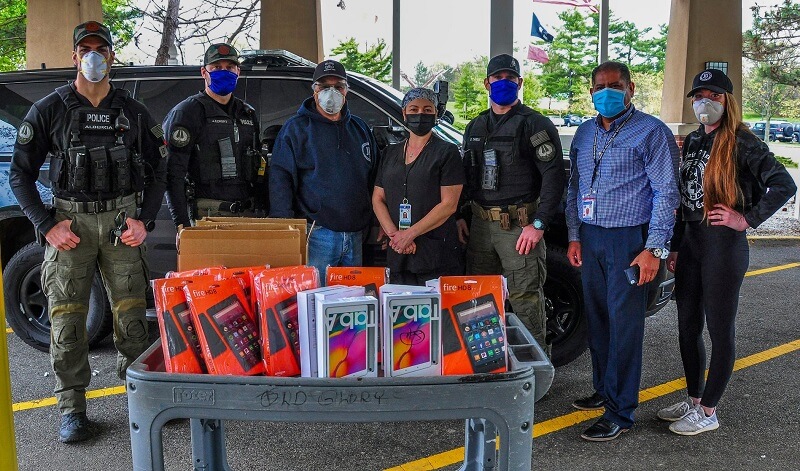 The SSGT Joseph D’Augustine Memorial Fund, in conjunction with the Bergen County Prosecutor’s Office, donated 50 tablets to the New Jersey Veterans Memorial Home at Menlo Park in Edison, N.J. April 29, 2020. Nicole D’Augustine-DeLaura, right, and her father, Anthony D’Augustine, third from left, donated the tablets in the memory of their fallen brother and son, to enable the Recreation Department staff at the Home to connect more residents to their loved ones electronically during the global coronavirus pandemic. 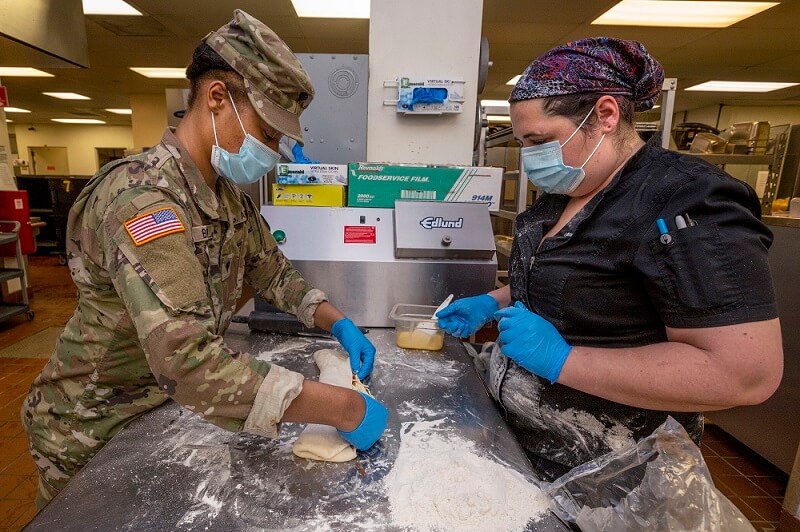 Making A Difference In The Kitchen

Veterans Haven North, operated by the New Jersey Department of Military and Veterans Affairs, is a transitional housing facility for homeless veterans that provides its residents with long-term rehabilitation services and employment training. “We were fortunate to get two teams of cooks,” said Edward J. Chrystal Jr., superintendent, Veterans Haven North. “We’ve had them working different shifts and have been fully integrated into our staff.

Since April 13, 2020 wherever there was a need in the kitchen, a Guard member was there to make sure the job got done. And the size of that job: 2,400 meals a day for the Haven’s 67 residents and the 430 residents at the Hunterdon Developmental Center. The center, which is six miles from Veterans Haven North, provides behavioral, medical and habilitation services to women and men with intellectual and developmental disabilities. Every day, the kitchen staff prepares breakfast, lunch and dinner for delivery to the center’s residents.

The SGT Sam Nutter Organization, INC. (SSNO) is a registered 501c3 non-profit organization administered by the Officer Candidate School of the New Jersey Army National Guard. The SSNO was established in the memory of Sergeant Sam Nutter, and organizes the annual Nutter Run 5K Fundraiser to benefit Army National Guard families in need. 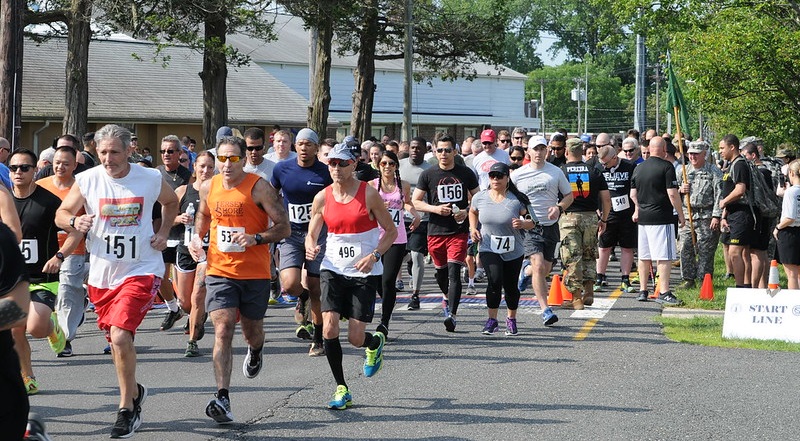