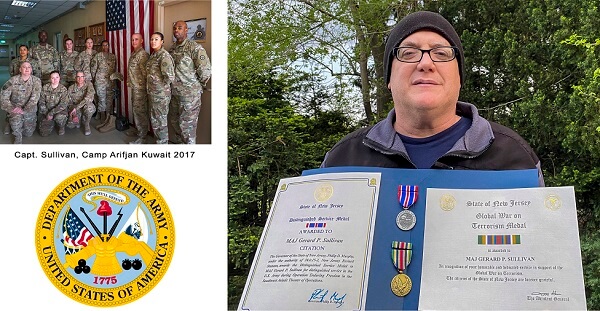 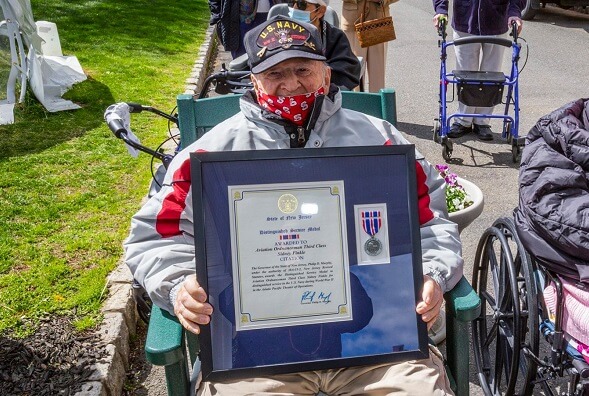 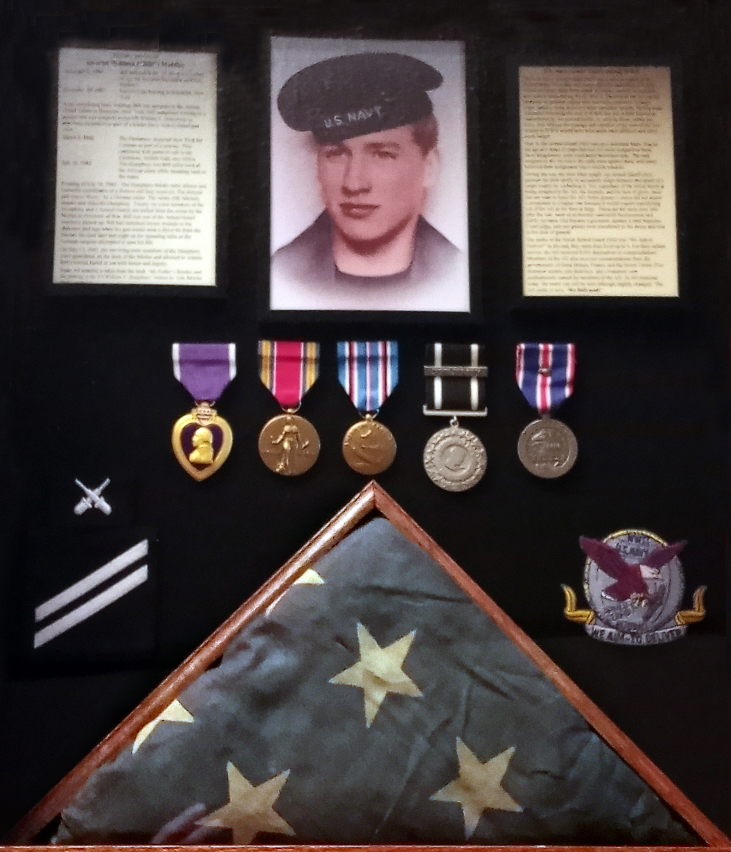 Little Falls resident George W. Metzler’s military awards. Metzler enlisted in the Navy Dec. 8, 1941. He was 17 years old. After completing basic training, he was sent to the U.S. Navy Armed Guard in Brooklyn, N.Y., where he was trained as a gunner. He was subsequently assigned to the merchant oil tanker SS William F. Humphrey as part of a gun crew. Navy Armed Guard crews were assigned to U.S. and allied merchant ships to defend against attacks by enemy aircraft, ships, and submarines. On July 16, 1942, the Humphrey responded to a distress call 800 miles off the West African coast. The distress call was decoy by a German auxiliary cruiser, which attacked and sunk the Humphrey. Twenty-six crew members and three Navy Armed Guards, including Metzler, were captured as prisoners of war. Metzler had received severe wounds during the attack and died that evening. The following day he was buried at sea. Metzler was posthumously awarded the Purple Heart, the World War II Victory Medal, the American Campaign Medal, the New Jersey Distinguished Service Medal with Oak Leaf Cluster, and the New Jersey POW-MIA Service Medal. (Photo by Tim O'Brien)
MORE » 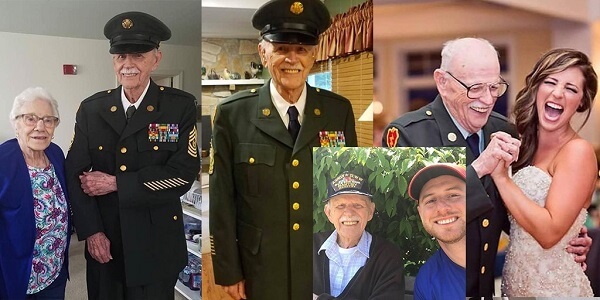 Gordon C. Lampitt was a retired Command Sergeant Major with 28 years in the U.S. Army. He was a decorated Army veteran of World War II, Korea and Vietnam, having served three tours in WWII, three tours in Korea and two tours in Vietnam. After retirement he worked for 15 years in property management at Fort Dix. (Picture Gov. Murphy Twitter)
ORAL HISTORY VIDEO »

World War II Veteran U.S. Army Technician 5th Grade Josef Bienstock was awarded the New Jersey Distinguished Service on his 100th birthday. He was also presented a letter co-signed by Maj. Gen. Jemal J. Beale, The Adjutant General of New Jersey, and retired Col. Walter R. Nall, Acting Deputy Commissioner for Veterans Affairs. In addition, a First Responders Parade was held in front of the facility where he lives in his honor. The middle picture is of Bienstock from 1944. (Pictures courtesy Elsa Williams)
MORE » 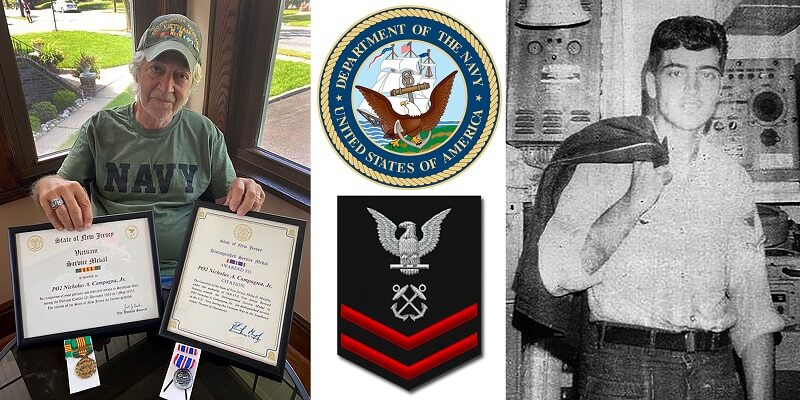 Woodward served in the European-African-Middle Eastern Theater of Operations on the destroyer USS Wainwright, the replenishment oiler USS Nantahala, and the aircraft carrier USS Franklin D. Roosevelt. He was commissioned as a chief warrant officer. Woodward was honorably discharged Dec. 3, 1946.
MORE » 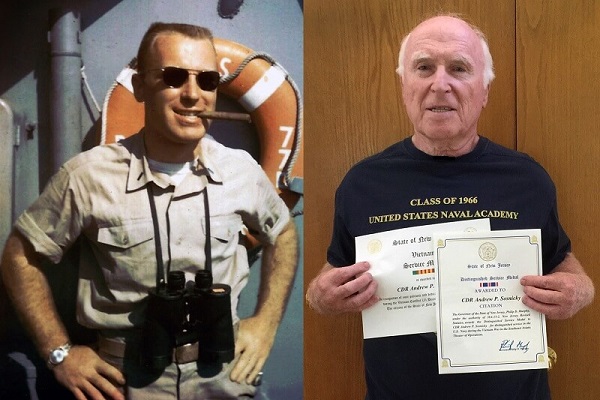 Andrew P. Sosnicky was awarded the New Jersey Distinguished Service Medal and the New Jersey Vietnam Service Medal. Sosnicky received his commission from the United States Naval Academy in 1966. He served two tours in the Gulf of Tonkin. His first was onboard the destroyer USS Lowry (DD-770) and on shore at Phan Thiet, South Vietnam, where he coordinated fire support missions with Army and Marine ground units. His second tour was onboard USS Wichita (AOR-1), a replenishment ship which supplied combat ships operating off the Vietnam coast. Sosnicky retired as a commander. (Photos courtesy Andrew P. Sosnicky).
MORE » 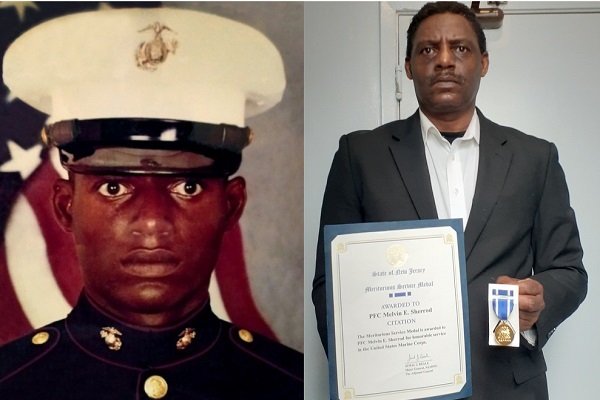 Woodward enlisted in the Naval Reserve WAVES (Women Accepted for Volunteer Emergency Service) Jan. 6, 1944, when she was 20 years old. 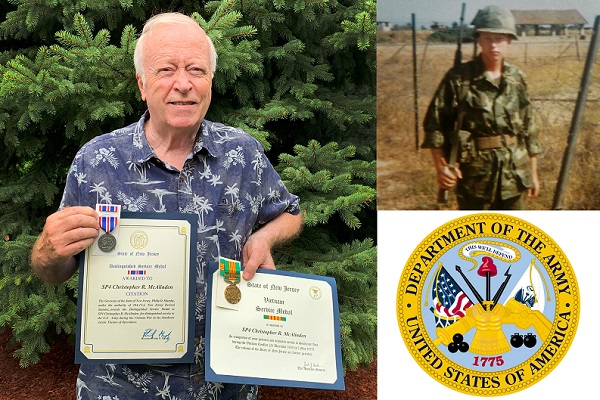 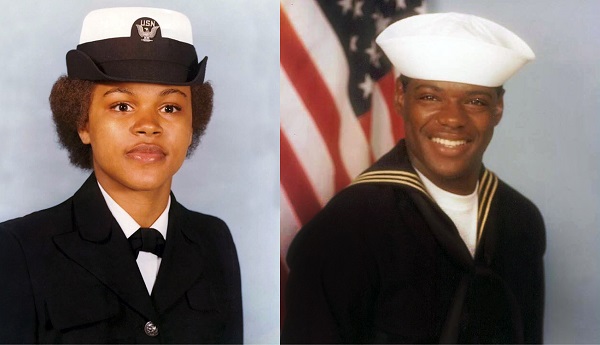 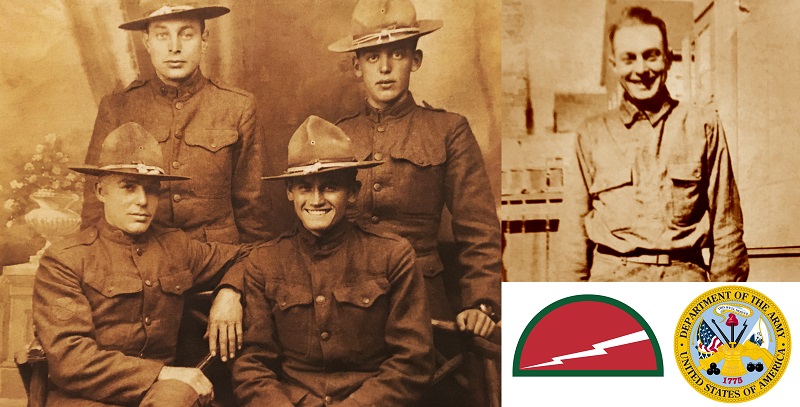 Busch was born Aug. 28, 1893, and was 24 years old when he reported to Camp Dix, N.J., Feb. 23, 1918. After completing training, he was assigned to Company A, 310th Infantry, 78th “Lightning” Division, American Expeditionary Forces. Busch served in France from May 1918 to May 1919. Busch fought in the Battle of Saint-Mihiel, Sept. 12–16, 1918. The battle was first major offensive by the American Expeditionary Forces. The 78th was the considered the "point of the wedge" of the final offensive which knocked out Germany. The battles of the 78th Division were likened by the French to a bolt of lightning, leaving the field blood red. Thus the insignia became a single streak of lightning across a red field. Busch was Honorably Discharged at Camp Dix June 6, 1919.

After the war, he joined the Harrison Police Department and served for 20 years retiring as a detective June 2, 1944. He died Dec. 2, 1945. (Photos courtesy of the Woodward family)
MORE » 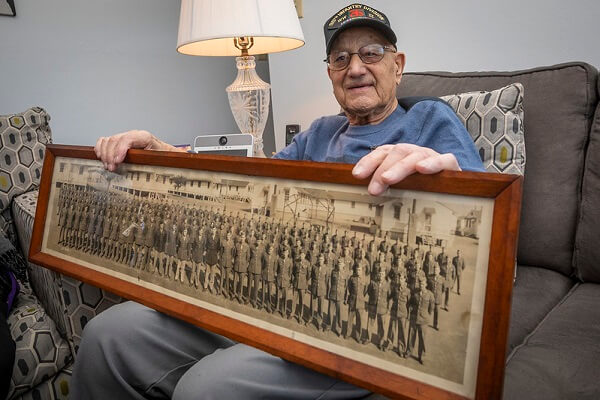 Purple Heart recipient U.S. Army Pfc. Robert A. Carlo, an infantryman and sharpshooter with the 90th Infantry Division, was presented the New Jersey Distinguished Service Medal at Wayne, N.J. Carlo was among the 23,250 Americans that landed on Utah Beach during the Normandy invasion June 6, 1944.
MORE » The New Jersey Distinguished Service Medal was presented to Will Tisch, the fourth great grandson of Private Aaron Mattison, 1st New Jersey Regiment, during a ceremony honoring Mattison at Maclean House, Princeton, N.J. Mattison served as a quartermaster during the Revolutionary War.
MORE » 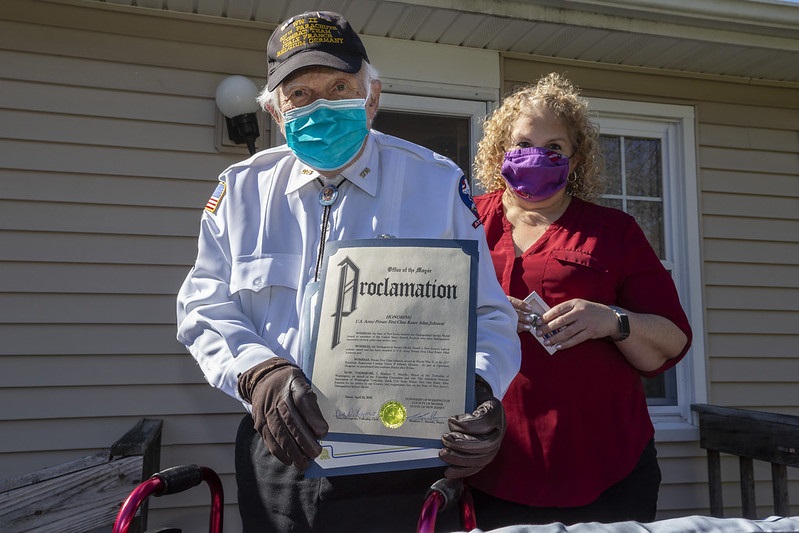 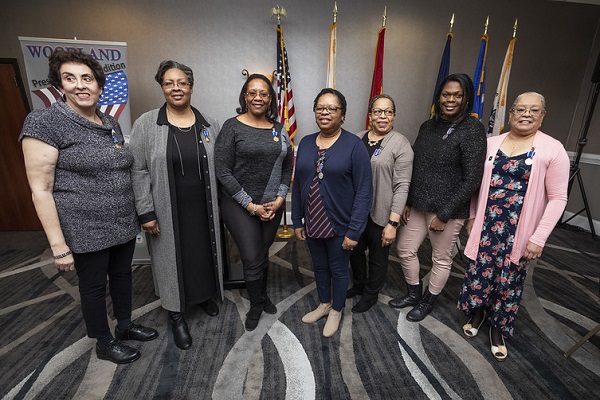 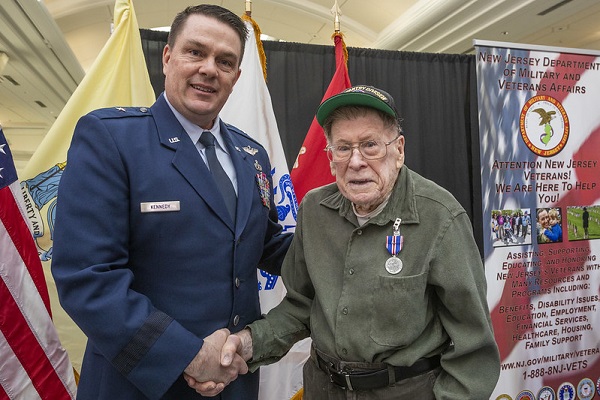 The National Guard Militia Museum of New Jersey is the home of the Center for U.S. War Veterans’ Oral Histories. It is the Center’s mission to collect and preserve the memories of veterans through recorded oral history interviews.

The interviews are recorded on DVD formats and housed at the museum’s Sea Girt location, where they are accessible to researchers and scholars. As part of its program of providing historical information to the public, the museum posts summaries of interviews on their website.

To date, the Center’s collection contains over 600 interviews of veterans of all branches of service from World War II, Korea, Vietnam, Desert Storm, Operation Iraqi Freedom and other American military campaigns. 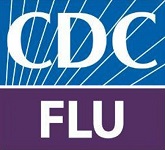 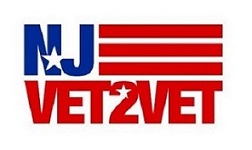 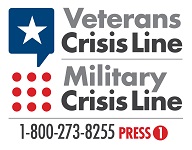 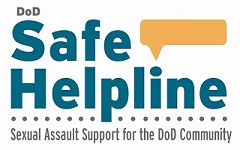